Warholm and Lasitskene: from Rising Stars to superstars 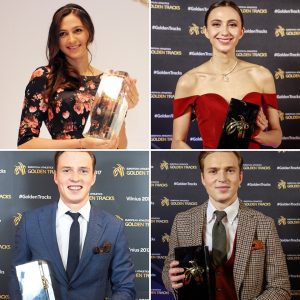 Norway's Karsten Warholm and Mariya Lasitskene from Russia are the newly crowned European Athletes of the Year and the duo have another landmark to their name.

As they received their honors at the Golden Track award ceremony in Tallinn, Estonia on Saturday (26) night, it was the first time two former winners of the Rising Star award have been crowned the senior winners in the same year.

Lasitskene, then competing under her maiden name of Kuchina, was the women’s Rising Star in 2014 and Warholm won the men’s title three years later. The irony is that when they won these honours – both were 21 – they were also major contenders that autumn for the main awards as once more the strength of European athletics at all age-groups shone through.

Warholm and Lasitskene are not the first to progress from being Rising Stars to European Athletes of the Year. In the past, British heptathlete Jessica Ennis-Hill won the inaugural Rising Star award in 2007 and the senior equivalent in 2012 while French sprinter Christophe Lemaitre was the Rising Star winner in 2009 and the European Athlete of the Year twelve months later.