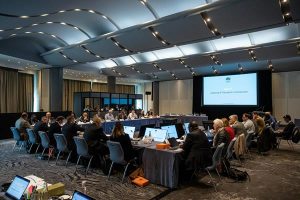 In its final meeting of the year, the World Athletics Council approved the format of the Continental Tour, a new series of the world's best one-day meetings outside the Diamond League.

Comprising meetings from around the world, the Continental Tour will be divided into three levels – Gold, Silver and Bronze – whose status will be determined by the quality of competition and prize money on offer.

In 2020, the pilot year of the tour, 10 cities will host Gold level series meetings, offering a total of US$2million in prize money. The series will begin on 10 May in Tokyo in the same stadium that will host athletics competition at the 2020 Summer Olympic Games just 12 weeks later. The 10th meeting for 2020 has yet to be confirmed.

Council approved the proposed date changes for the World Athletics Championships Budapest 2023, which were to be held on 26 August - 3 September, but will now be held on 19-27 August.

Hasan Arat, Abby Hoffman and Sunil Sabharwal were approved by Council as the three newly appointed members of the World Athletics Executive Board.

World Athletics’ 10-year sustainability strategy and plan was also approved. It will be released publicly in early 2020.