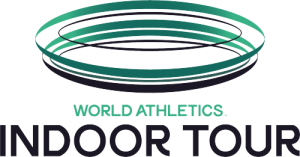 After early massive clearances at 5.80m, a world-leading 5.90m, a meeting record 5.95m and then his fifth career clearance at 6.00m, Duplantis hoped his momentum would take him where none have traveled before.

The most impressive on the track came in the women's 1500m where Beatrice Chepkoech smashed her own Kenyan national indoor 1500m record.

Selemon Barega made good on his word to produce a fast race, winning his 3000m face-off with Bethwel Birgen after a gutsy battle over the final lap.

The first upset of the night came in the men's 800m where world indoor champion Adam Kszczot's streak of seven straight Dusseldorf victories finally came to an end. Fittingly, to local star Marc Reuther, who produced the biggest international win of his career before a hometown crowd.

Filip Mihaljevic produced the finest indoor competition of his career, dominating the shot put and wrestling the world lead from Tomas Stanek in the process.

Poland's Konrad Bukowiecki was second with 20.92m, just ahead of Stanek, who reached 20.89m in round three.

Christina Clemons, the meeting record holder in the 60m hurdles, defended her turf, sneaking by the field in lane 8 to take the win in 7.91, equalling her season's best.

Karlsruhe winner Tobi Amusan of Nigeria was third in 7.96. Clemons and Amusan will meet again in Torun on Saturday.

Neele Eckhardt's second round leap of 14.17m was enough for the victory in the women's triple jump, another world lead and a personal best for the German. Patricia Mamona of Portugal was second with 14.09m.

The World Athletics Indoor Tour resumes with the Orlen Copernicus Cup in Torun, Poland, on Saturday.