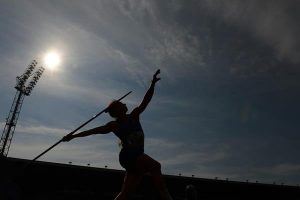 An international athletics season of one-day meetings is taking shape between August and October this year following the commitment of most Continental Tour Gold and Wanda Diamond League meeting directors to organise their events on rescheduled dates in 2020.

A small number of countries will be able to stage meetings through June and July (Oslo’s Bislett Games will go ahead in an altered format called The Impossible Games on 11 June), but the international season is likely to commence in earnest directly after the National Championships window of 8-9 August.

The first World Athletics Continental Tour Gold meeting of the year, the Paavo Nurmi Games in Turku, Finland, will be held on 11 August.

Eight of the ten Continental Tour Gold meetings originally scheduled for 2020 have been confirmed for this year, although many have been rescheduled to fall between August and October.

The Nairobi meeting, originally planned to open the tour in May, has been rescheduled for 26 September, and the Nanjing and Tokyo meetings are considering dates in September-October, but these have yet to be finalised.

A total prize money purse of at least US$200,000 will be offered for each Gold meeting

Note: Dates for the Continental Tour Gold meetings in Tokyo and Nanjing are still to be finalised.