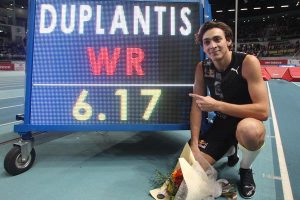 Duplantis was in sensational form throughout the indoor season and opened his 2020 campaign with a 6.00m vault in Dusseldorf. Four days later, at the World Athletics Indoor Tour meeting in the Polish city of Torun on 8 February, he went much higher.

The European champion started with first-attempt clearances at 5.72m, 5.92m and 6.01m. On his first attempt at 6.17m, he brushed the bar with his thigh on the way up, sending it crashing down. 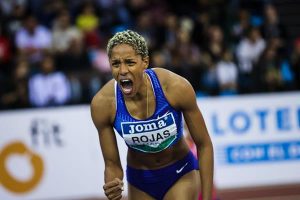 Rojas, like Duplantis, was also a revelation during the indoor season. The two-time world indoor and outdoor champion from Venezuela had just two triple jump competitions, her first being a 15.03m leap in Metz.

Following one more foul in round five, Rojas flew out to 15.43m in the final round, adding seven centimeters to the previous world indoor record set by Russia’s Tatyana Lebedeva in Budapest on 6 March 2004. 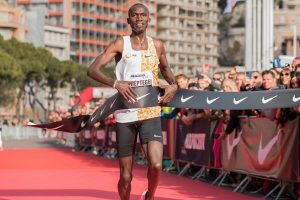 Quick from the outset, Cheptegei blitzed through the first kilometre in 2:31, the fastest split of the race. He followed up with 2:35, 2:36 and 2:35 kilometre splits before sealing his record with a closing 2:32 kilometre.