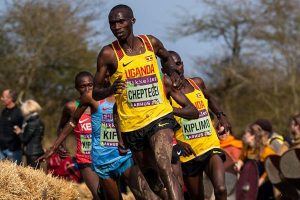 Distance stars Joshua Cheptegei and Sifan Hassan are among the top names entered for the World Athletics Half Marathon Championships Gdynia 2020 on 17 October.

Based on the figures at the entry deadline, 157 men and 127 women from 62 teams have been entered for the championships. Even with the expected slight drop in numbers ahead of the publication of the official start lists, the figures compare favourably to previous editions, most of which ranged between 150 and 250 athletes.

Ethiopia's Netsanet Gudeta, who won in Valencia two years ago in a women-only world record time, will defend her world half marathon title.

The Dutch runner will take on Ethiopia’s Ababel Yeshaneh and Kenya’s 2016 world half marathon champion Peres Jepchirchir, who respectively hold the outright and women-only world records for the half marathon.

Cheptegei, the world 10,000m champion, and teammate Jacob Kiplimo, the world leader over 3000m, spearhead the Ugandan team and will seek to replicate the 1-2 finish they achieved at last year’s World Cross Country Championships. Cheptegei, who earlier this year broke the world 5000m record, will be making his half marathon debut.

World 1500m and 10,000m champion Sifan Hassan, who also holds the world record for the mile, is one of several standout entries for the women’s race.