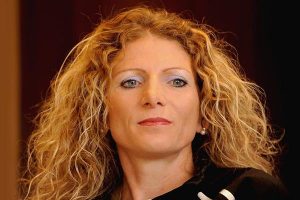 Dita competed at eight editions of the World Half Marathon Championships and earned seven medals in the process, making her one of the most successful athletes in the history of the event. Her double victory in Edmonton in 2005, taking individual and team gold medals, remains one of the highlights of her career.

“I was surprised (to win by a significant margin),” she said of her 2005 triumph. “I was running a normal pace but maybe the opposition found it very cold. For me, it was good weather. I love to run in the rain.

“It was such a happy feeling to win my first gold medal at a major championship. For me, it was amazing and it was close to what it would have felt like to win a gold medal at the track and field World Championships.

“To win my gold medal was a great achievement,” she added. “It gave me much encouragement to run better in other races.”

Dita did exactly that, and three years later she won the marathon gold medal at the 2008 Olympic Games in Beijing.